The games that took up a lot of my youth were the massive-multiplayer-online-role-playing types like Tibia, Ragnarok, and Age of Empires, which were all fantasy, and interactive, and you had to build a character or civilization from the ground up. I also spent many years obsessed with the “chess-board” type games, like Final Fantasy Tactics, and Fire Emblem, because of their strategy angle and story lines. 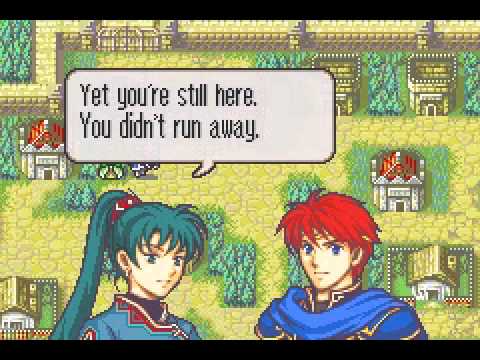 One favorite video game series back in mid 2000s, was Golden Sun, because of its sheer size of the map, and story centered around the elements; and because one of the principle characters in the first version was called Ivan, and he represented wind.

Of course Grand Theft Auto, beginning with Vice City, and Call of Duty, beginning with Modern Warfare, for their grotesque violence and shooter interface I liked, and were favorites in their time, though, I never played those types of games in the living room. But the video game series that takes first place in my heart, the greatest first-person shooter, and the best strategy, puzzle, plot-heavy, exist-as-this-person role playing, action-adventure, music composing, save-the-princess type of game, is none other than The Legend of Zelda. 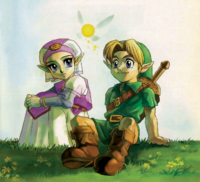 I could list all the other LoZ games, rank and describe them, because I’ve played and enjoyed them all (probably except the new, new ones). But the point stands that Ocarina and Majora’s Mask came to me in that precious crossroads of time where nostalgia meets one of a kind art. That’s what those games are to me, works of art, which I just happened to be able to interact with through an avatar so conveniently named Link. If you’ve played Ocarina, you’re probably nodding your head, “Yeah, of course, best of all time.” The game was a tidal wave success, over a decade in the making. The creator, Miyamoto, is quoted as saying he had originally envisioned the first Legend of Zelda in 3D, when the 1986 NES version came out. It wasn’t until the N64, with its 64-bit capabilities, that this series’ visionary harvested the first fruits of his video game dream.

The three-dimensions of the game go much further than simple virtual space: roll, climb, jump, and back-flip. The game really is a 360 degree experience. Between shooting, slashing, reading, fishing, and solving puzzles, the crux is playing the instrument, the ocarina, for which the game gets its name. With it, you can travel forward or backward 7 years, which unleashes a whole lot of philosophical implication and story-line mayhem. Not only that, throughout the story, you’re learning different songs, with different magical properties. A whole mythology begins to form surrounding this treasure of the royal family, entrusted to you, a mere boy at first. So yeah, this game has a strong musical element — you explore this virtual world through sound and melody. Hearing the “Lost Woods” tune, or not, could mean the difference between aimlessly wandering the forest, or finding the next dungeon to explore. 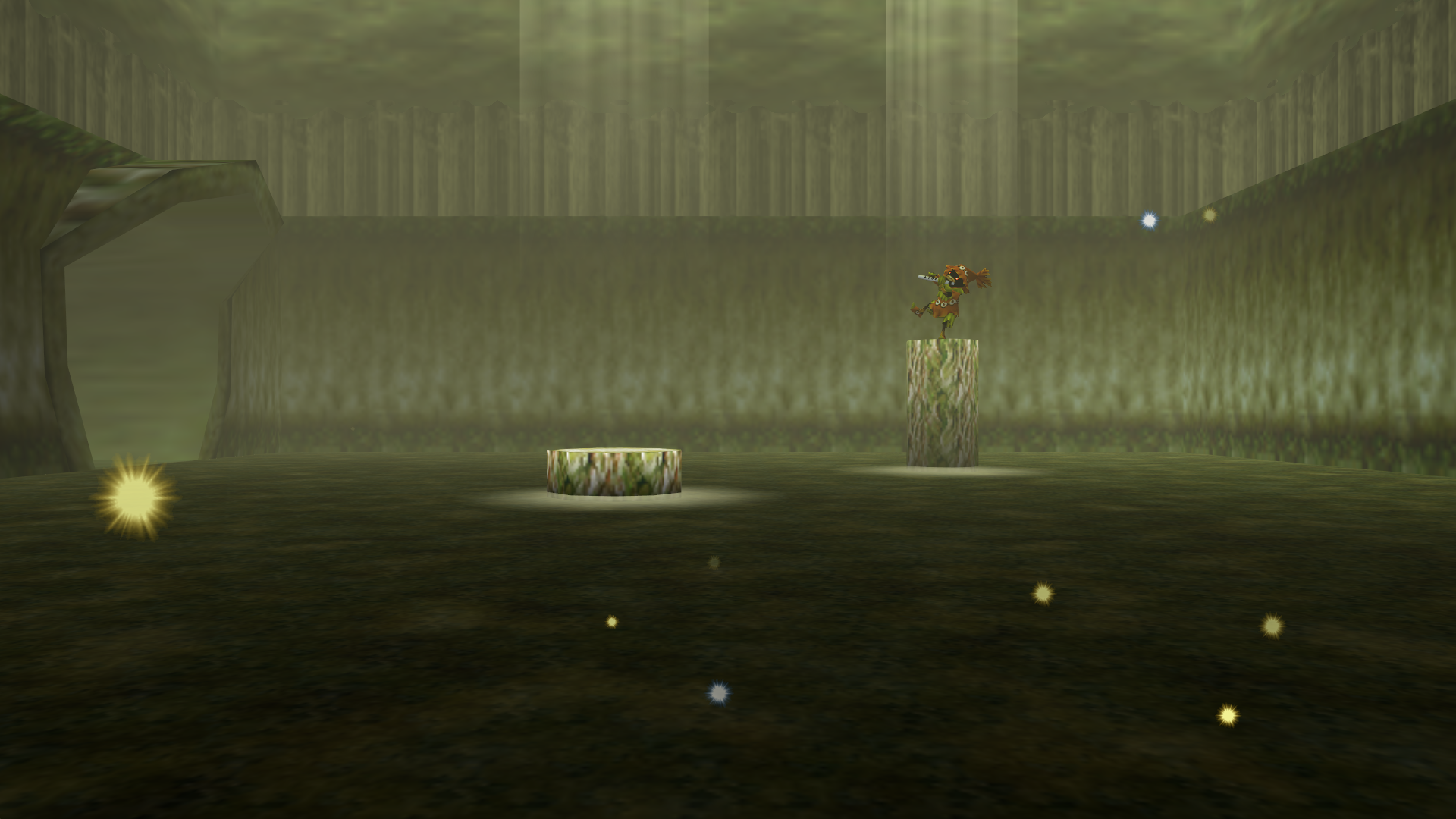 Without a doubt, the sword slashing and the bow and arrow shooting add a vein of adrenaline throughout the game play, but it isn’t mindless, and many times you aren’t out to end creatures’ lives. Your job is to get to the bottom of the mystery surrounding Zelda’s disappearance, and to stop the evil Ganondorf from taking over the beautiful Hyrule. He only wants to disturb the balance of an already sacred world, and you must figure out a way, together with Zelda, to out-smart him. For every “boss” monster you have to defeat, you must first traverse a series of puzzles. There is much brain needed in this game that on the surface favors brawn. The player, through Link, finds himself repeatedly before enemies who are outrageously stronger, faster, and better equipped than the young hero. What he must do is use his courage and his skills to outwit the bad guys. Piece by piece, you will dismantle an enemy, until there’s nothing left. For every evil monster that you banish, and thereby for every village that you save, you gain a “heart container” and life grows stronger in you. 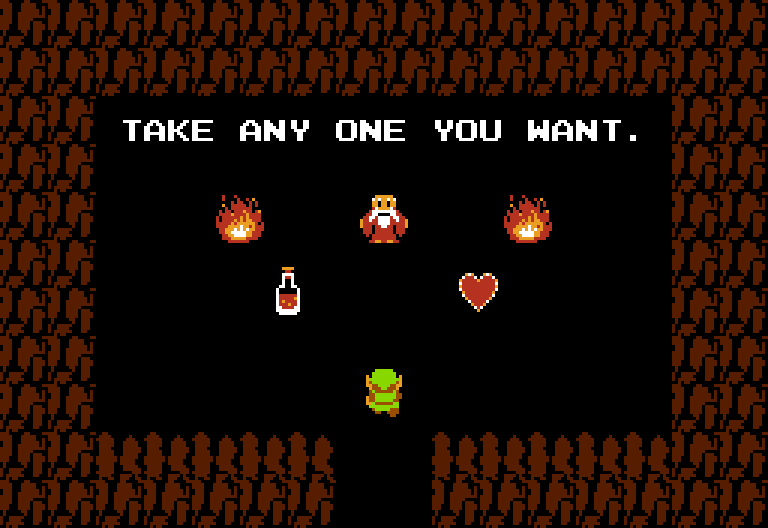 The most important life-lesson from the game is that it reinforces patience. You can’t barge into the field of battle without getting burned or making a mistake or losing a shield: instead, let trouble come to you, and until then, explore that side door for now, so you may find out how best to defeat the creature wrecking havoc this side of the world. 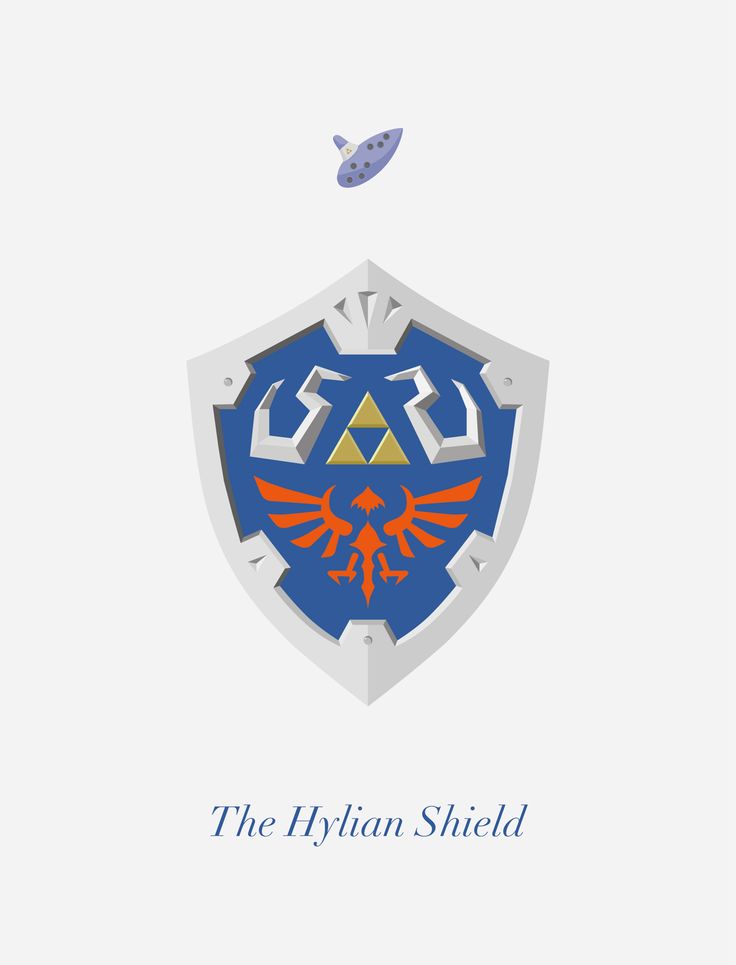 Life-lessons aside, philosophy, and music aside, the most entertaining aspect of the Legend of Zelda is its story. Bad monsters, good monsters, evil men, and a wise princess who doubles as a fearless ass kicker, far off horse trainers, and quaint villages on land and under water, yeah, between boy and adult plots, Ocarina of Time makes you lose yourself in a 30-40 hour main quest, with almost endless possibilities for side adventures. A mammoth in the video gaming world, rightly so, and to me the absolute greatest video game in history, as well as my second favorite of all time.

My top, tip-top, video game favorite is the immediate sequel to the Ocarina game: Majora’s Mask. I say immediate sequel because, unlike the other games in the series before and after, which follow potentially different Links in very different time lines, the Majora’s Mask Link is the same boy in search of his fairy companion, the Tinkerbell-esque Navi, who had abandoned Link at the end of Ocarina after completing the mission to purge Hyrule of evil. That’s the premise of the sequel, to find his friend. What ends up happening is Link is plunged into yet another world, another adventure, this one also concerning friendship, but now in an alternate dimension. The game tosses you “down the rabbit hole,” and there are many theories that aim to explain where the heck Link is as he battles new demons, in an effort to stop a crazed lunatic possessed by an evil mask from dropping a moon over a village.

What makes this game superb is its surreal feel, mixing fantasy, nightmare, and mystery into one time-warped adventure steeped in friendship and in death. Most video games ask that you enter a world. But this game lunges you into a world within a world, a double suspension of disbelief. The player recognizes all the characters, the side-stories, but they are slightly off, and haunted by ghosts. Link must don various masks, each with the unique ability to turn him into the dead person whose soul is contained in the mask, and whom he must impersonate. For a ten year old, Majora’s Mask was pretty heavy, and scary. Not only are you having to exercise your wit to pass puzzles and defeat ultra-powerful monsters, you are constantly having to renegotiate your fear response, and renew your courage. One walks away from the game, until completion, feeling sick. There is much more time-manipulation in this sequel, too, slow down, speed up, backward, forward, that you are really cast about, and left with a sour taste in your mouth until you know for sure you have unmasked the poor Skull Kid and freed him from Majora’s grip. Add to that a sense of duty, and the element of dreams and deja vu, and one has 25 hours of main quest, 25 more for the complete experience of getting all the masks, and a whole lot of phantasmagoria, a whole lot of game.

For a pretty cool, and nerdy, interpretation of Majora’s Mask — where the theme behind MM is explained, and a sound argument given for why it is one of the most mature and artistically profound games of all time — here’s a video: